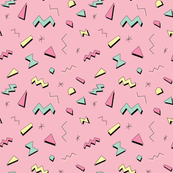 When Jesus met the woman at the well in John 4, he distinguished himself to her in a way that got her attention. He got her listening.

For a long time, we evangelicals have distinguished ourselves with a common phrase. It sounds like this: "We dont believe in religion, we believe in a personal relationship with Jesus Christ." I love that phrase. I think it worked on many levels in the 90s and early 2000s when it seemed like most people either fell into the "religious" or the "used to be religious" categories. There was a time when that phrase resonated. It got people's attention. It made them set their portable CD player down and listen because it was a radical thing to say.

But our culture is different, and the phrase is so tired that it lost its original meaning. "My relationship with Jesus is personal" used to mean that you have an authentic relationship with God, not with an organization. Now everyone uses it. The Catholics use it, the Mormons use it, event the JWs use it. Why shouldn't they? It could mean whatever they intend it to mean?

In some ways, that phrase has done as much harm as it has good.

If someone says they have a "personal relationship with Jesus Christ" it's like a cloaking devise that gets people to stop doubting their salvation. They're observing your habitual sin and scratching their heads saying "well, they say they have a personal relationship with Jesus Christ, what are ya gonna do?" Some people are enslaved in sin while attending Church service every week and instead of confessing it to someone, they continue in it because they think personal means private. Their sin and their walk is their business. It's personal.

So based on the fact that a "personal relationship with Jesus Christ" has lost it's shock value, everyone else uses it even when they aren't supposed to, and it conveys a meaning it was never intended to, I suggest we change it up.

When we used to say the old phrase in the old days, it was a novel thing to say and people would ask "how does that work?"

Let's distinguish our relationship with Jesus in this post-modern society; a society that makes it's own rules and either gives little thought to religion or thinks religion is attending a Jesus rock concert once a week.

Hopefully, that gets what we mean by "relationship" pointed in the right direction. Eventually, that phase is also going to get old and tired and people will start using it who shouldn't or misusing it. But for now, it might just be the kind of thing that gets people to ask "how does that work?".