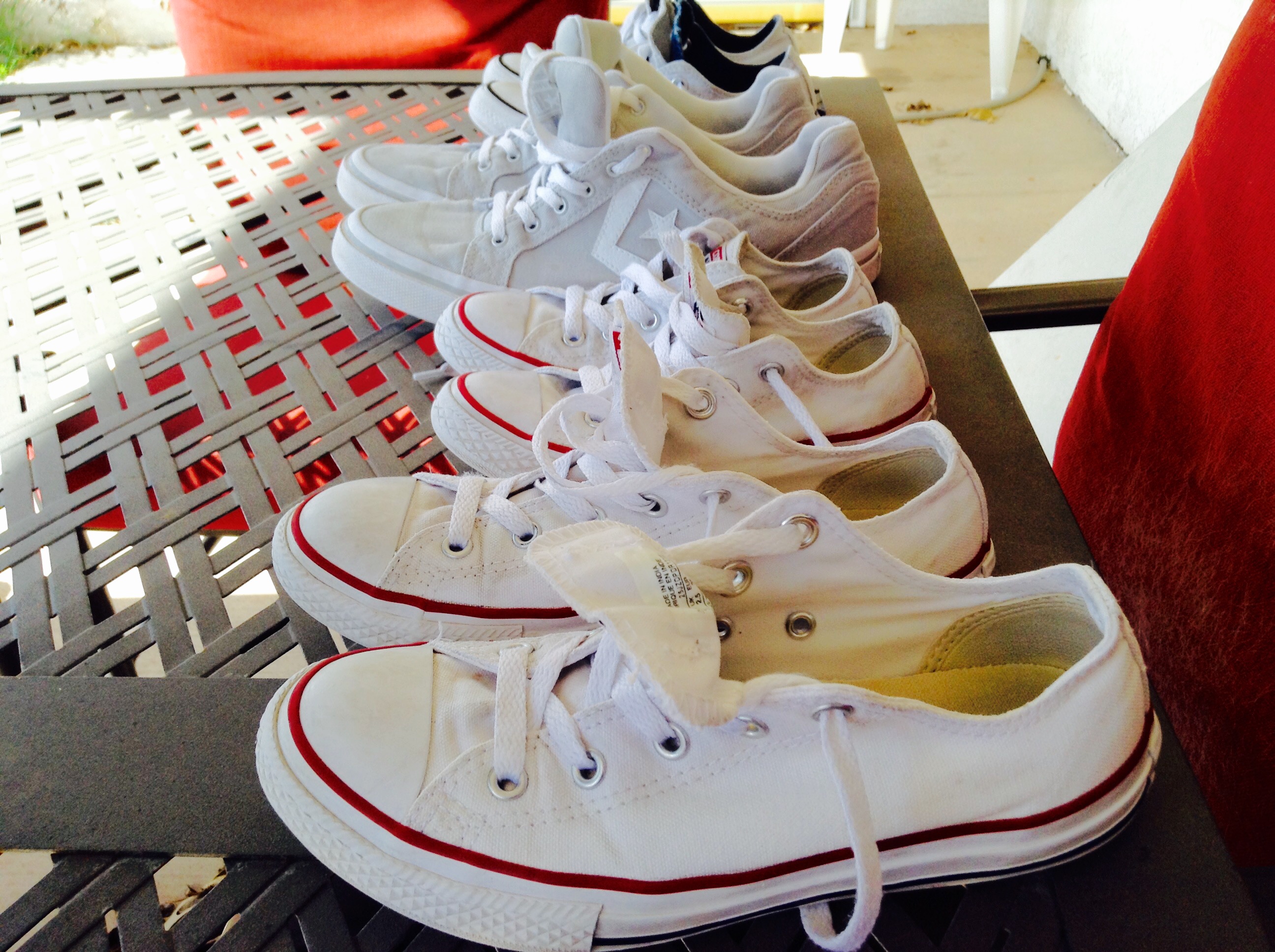 “Train-up a child in the way he should go; even when he is old, he will not depart from it.”

This verse came to mind when I looked outside to see all my kids’ shoes lined up. I kept thinking how temporary those little shoes were. My teenager’s feet are already as big as mine!

Where does the time go!? It seems like yesterday that Erin and I were holding our first baby boy, and now I’m realizing I only have a handful of years left with him. Not only that, but every year he changes, so once I feel like I have the wisdom to raise him, he goes and changes on me!

Now that Cody is 14, he’s becoming more critical, opinionated, and impulsive. He’s noticing the materialistic world around him. Kids his age have multiple computer devices, ear buds in their ears and spend most of their spare time playing video games. They talk about the funny things people are doing on snap-chat, Youtube, and Facebook. They show him pictures on Instagram, show him the latest moves on Fortnite, and so on. Now my critical, opinionated impulsive Son is starting to wonder why he isn’t allowed to spend time doing the same things.

Where is the line when it comes to time on the internet or playing video games?

I’m not raising your kids; so truthfully, I don’t have the right answer for you. But here’s what I do know: In 1Corinthians 6:12, Paul makes a point that just because something is lawful (in other words, you have the right to do it) doesn’t mean it is profitable, and that he refused to be mastered by anything. If we’re training our kids up, we want them to do things for the right reasons instead of doing things for any reason.

Most of us are raising our kids in an environment that we never had to endure as a child. If we were bored, we went outside and played. If we were antsy, we had to learn to sit still. If we were in a bad mood, it played out in our attitude and our Parents were there to adjust it. If we didn’t like talking to people, we had to learn how to. Now, all a kid has to do is hit an on-button and she can virtually check out of life. Although it makes Parents’ lives simpler, I can’t help but predict a lack of character development.

Don’t get me wrong. I can see how technology helps Parents. When you put a device in front of their little faces, it certainly shuts them up, but allow me to share an observation:

When a kid comes into my Barbershop who needs a device, they are always rude, they talk like babies, they’re disrespectful, and yes, they do sit very still while they binge whatever they're watching. I also get little boys who come in, sit in the barber chair and chat with me about their favorite super-hero or sports team as they sit as still as they can, and from what I’ve observed, those kids are respectful, have much better manners, and are generally brighter and happier. I like those kids.

I don’t know how much technology is appropriate, but in the Spirit of 1Cor. 6:12, here are some questions you could ask yourself to help decide:

Another way to think about Proverbs 22:6 is that if you train your child to be a certain way, they will continue to be that way, and the way they are will determine where they will go.

Technology will have an affect on the way our kids are. Whether that's a good affect or not is a judgement call that we are responsible for.