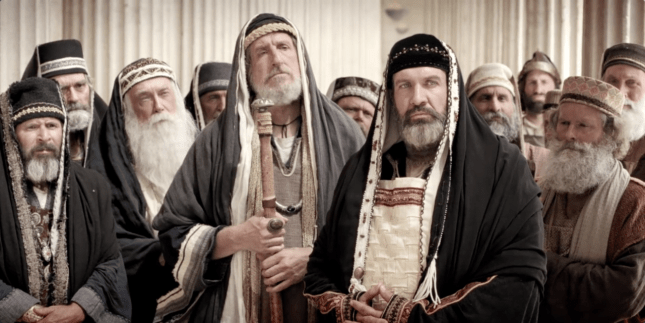 If you’ve ever read the Gospels, there is one particular demographic that Jesus was particularly hard on. When we hear the word Pharisee, we often think of a crusty judgmental hypocrite. Someone no one is comfortable being around because they spend most of their time demanding people live up to impossible standards and making them feel uncomfortable for not being like them. If you know someone like that, and most of us do, we can see why Jesus was so hard on them.

But what if a Pharisee isn’t so easy to spot? If their obscenity were as obvious as we presume, it actually seems a bit strange that Jesus had to point out the obvious. If you’re thinking of the kind of person that we assume Pharisees must have been like. Would you have to be told not to be like them? Wouldn’t their negativity be easy to avoid?

The people in Jesus’ day actually liked the Pharisees. Unlike their arch rivals, the Sadducees, the Pharisees were the teachers for the people. They didn’t rip them off at the temple. They taught the law. They taught the hope of the coming Messiah. They taught a hope in the resurrection. They helped people deal with their sinful behavior, and exemplified their devotion in ways that people could see (Matt 23:4-5). They were so influential that at the end of the day, they were still able to convince the people to demand Christ’s blood as well as the Apostles’ (Mark 15:11, Acts 6:12).

A Pharisees even had good doctrine. When a Pharisee became a Christian, they could remain a Pharisee. Nothing they believed about God or the Messiah was necessarily bad. After all, Jesus told the people to obey what they taught (Matt 23:3). The Apostle Paul was a Pharisee and still identified as one even after his conversion (Acts 23:6).

The problem with Pharisees was neither their doctrine nor their likability. They had good doctrine and they were loved by the people. The Pharisees erred in two ways. They loved themselves more than God and they made major (usually unseen) compromises. Paul said that they sought to establish their own righteousness (Rom 10:3), and really were hypocrites when it came to practically following the Lord. The Pharisee would nullify the Bible in order to serve his own interests (Mark 7:13). They would ignore the very Bible they were teaching and sin anyway (Rom 2:21-24). They would distort the law so that they could keep it practically as they saw fit (Matt 12:11).

The Gospel is a threat to the heart of a Pharisee. Anyone who is committed to a self-made goodness doesn’t want to hear that they are not good. Their opinion of themselves is esteemed. They want others to look up to them for their “good living” or their “inspirational story of recovery”. Today, these people lead droves of others on a path that promises well-being and Jesus bluntly calls the situation “the blind leading the blind” (Matt 15:14).

The pharisaical heart is alive and well. It takes the form of inspirational speakers, pastors, priests, recovered addicts, moms, dads and business people in books, blogs, posts and podcasts that intend to inspire people to be the best version of themselves.

But the best version of you still belongs in hell. So heed Jesus’ words: “Don’t be like them”.

The Pharisee longs for people to follow their example. This gives their lives meaning. But if the best you could be is just like them, then you still fall short of the righteous standard of God. Only one man ever attained this. His name is Jesus. Here’s what he says:

“Come to me all who are weak and heavy laden and I will give you rest. Take my yoke upon you and learn from me, for I am gentle and humble in heart, and you will find rest for your souls. For my yoke is easy and my burden is light” (Matt 11:28-30).

“If anyone would come after me, let him deny himself and take up his cross and follow me. For whoever would save his life will lose it, but whoever loses their life for my sake will find it” (Matt 16:24-25).

The door to your salvation is faith. The hand that draws you in is God’s great grace. The gate is narrow, so Pharisees will have to leave their accomplishments at the door (Phil3:8).