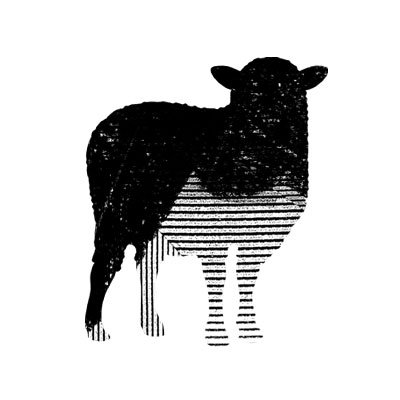 One of the remarkable things about the ministry of Jesus; so remarkable that the “good” teachers in Israel couldn’t wrap their minds around its' seeming absurdity, was to whom he came to minister to. When we read passages like Isaiah 6, when Isaiah gets a vision of God’s holiness, it leaves us in wonder at the pure and terrible nature of God. Surely, if God himself walked among us, he would only associate himself with the most righteous of people.

On the contrary, Jesus who unarguable had come from God by the miracles He was doing had a reputation that continually chapped the hide of the religious elite. This miracle worker was sinless. He preached with authority. He took the diseases of people as Isaiah had prophesied (Matthew 8:17). But his continual fellowship with sinners instead of those who had done their best to keep the law was offensive to those who counted themselves worthy of his fellowship.

The result was that most concluded that He was not worthy of their allegiance. On more than one occasion these religious “who’s who” tried to entrap Jesus but were left scratching their heads at his wisdom. Why was he spending so much time with those deemed unworthy? What was so special about the outcast? Jesus was able to address this when they did finally get Jesus over for a little dinner party.

A Pharisee named Simon was cautious about Jesus and showed him little hospitality. He offered him no customary greeting, no water to wash his feet and no ointment for his hair. While they reclined at the table a women, who had been seeking Jesus, finally got word that he was at Simon’s home. Completely breaking protocol she rushed to Jesus’ feet before anyone could stop her. Although it seemed rash, she came prepared.

At the sight of Jesus she burst into tears. Overcome by emotion she did all she could to worship him. Slumping at his feet she began to kiss them over and over again. Her tears drenched the dirt as she wiped the mud from his feet with her beautiful hair. When they were clean she opened costly ointment and spared none on the very feet of her Lord. It’s all she could do. She didn’t come for healing. Why had she come? What was she seeking?

At this scene, Simon reacted in disgust! He knew who this woman was. She had a reputation! The only conceivable reason Jesus allowed her to even come near her was enough for him to conclude that there was no way he was a prophet. Case closed. But it was worse than Simon concluded! Jesus not only knew her, he welcomed her!

“Simon” Jesus said, “I want to tell you something. A money lender had two debtors. One owed him 50 denarii and the other 500. When they could not pay he cancelled both debts. Now, which one will love him more?” Simon answered “I suppose the one who had the larger debt.” Jesus answered “you have judged rightly”. Jesus then pointed out the contrast of her behavior towards him with Simon’s inhospitality. If that were not enough, Jesus turned to the desperate woman and pronounced her forgiven. According to Jesus, She was now more righteous than Simon.

This forgiven woman was as black a sheep as any. She had willfully sinned enough to be untouchable to anyone with any regard to their reputation. There was just one person whose love she craved. There was only one person to whom she so desperately wanted to be accepted. And now she had it! Jesus loved her. What else mattered?

Are you a black sheep? When you consider the holiness of God do you know for certain that you’re unworthy to be with him? You’re not alone. There’s a flock of us with good news for you! We’ve been forgiven! Jesus took the blame for your sin and mine and was crucified for black sheep like you and me. Jesus didn’t die for the good. He died for the bad. Come to Jesus. Trust in his dying breath for your sin. Trust in his redemption. No longer trust in your good efforts when you can trust in his forgiveness.