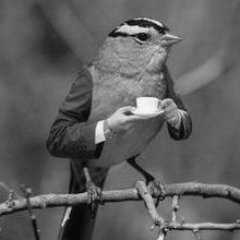 Imagine what it must be like to be a bird. Birds get the privilege of knowing what life is like on the ground and in the air. Birds get to see the big picture. I remember flying over my hometown for the first time when I was coming home from the Navy to get married. The funny thing is that seeing my little City from up there caused me to understand the relative connection and even gaps in the City that I had never seen before. Before then, if you had asked me to draw a map of my town, it would have looked nothing like what I saw from that small window. My personal perspective was insufficient to know the truth and I didn't realize it until I gained greater perspective.

Imagine flying into St. George and you saw that only 10 miles out of the City, the earth was slipping away at a rapid rate. You couldn’t be sure when the City would eventually collapse, but there was no doubt that it was eminent. Upon seeing it with your own eyes, you would be eager to warn people to evacuate. But imagine that when you begin to warn people, no one believes you! They didn’t see it, and the concept of such a catastrophe seems so unlikely, it makes it all the more difficult to convince people of, though tragedy was impending.

The Bible is our bird’s eye view. It is a record of what was and what will be. Not only does the Bible serve as a dependable resource for archaeological digs, but its dictation of future events, like those found in the book of Daniel, are so accurate in regard to real history that Porphyry, a Pagan Philosopher sometime between 175 and 164 BC argued that it must have been written after the events took place. One linguistic argument that challenges his theory is that the style of both the Hebrew and Aramaic used in Daniel are not consistent with the time Porphyry suggests. To the contrary, the language is perfectly consistent with the time which it claims to be written in. (this information can be found here: https://hermeneutics.stackexchange.com/questions/107/arguments-for-early-late-date-of-authorship-of-daniel)

So then, since the Bible gives us perspective otherwise unknown to us, we would do well to understand the big picture that God intends for us to know. God has not left us to take the word of a raving man on the streets. He doesn't expect you to believe someone else's perspective. He has intentionally given us the Bible so that we may know for ourselves and flee from the sure judgement that the Bible warns us about. The reason the book of Daniel is so pertinent is that since Daniel’s immediate prophecies came to pass, we can count on his distant prophecies to unfold just as his immediate ones did.

Jesus made sure to confirm the distant prophecies of Daniel in the book of Matthew, chapter 24. He affirmed the great tribulation (suffering) that Daniel prophesied. Jesus reemphasized that God will judge the earth and everyone on it in his wrath for ungodliness. Only those who are supernaturally changed (“born again”) will escape the wrath of God. As disciples of Jesus, we are tasked with the responsibility to point people to the perspective of the Bible just as our Lord did. We are here to warn men of the consequence of their sin so that they may call upon God to save them from what they are. This is the Church’s mission: that you may know the salvation that you can have in Jesus. He is coming. Will you be his enemy or his friend?

If you want to know more, we would love an oppertunity to show you God's word. You can meet us at the Falls Event Center on Sundays or contact us via email from our website. God wants you to know. Do you?