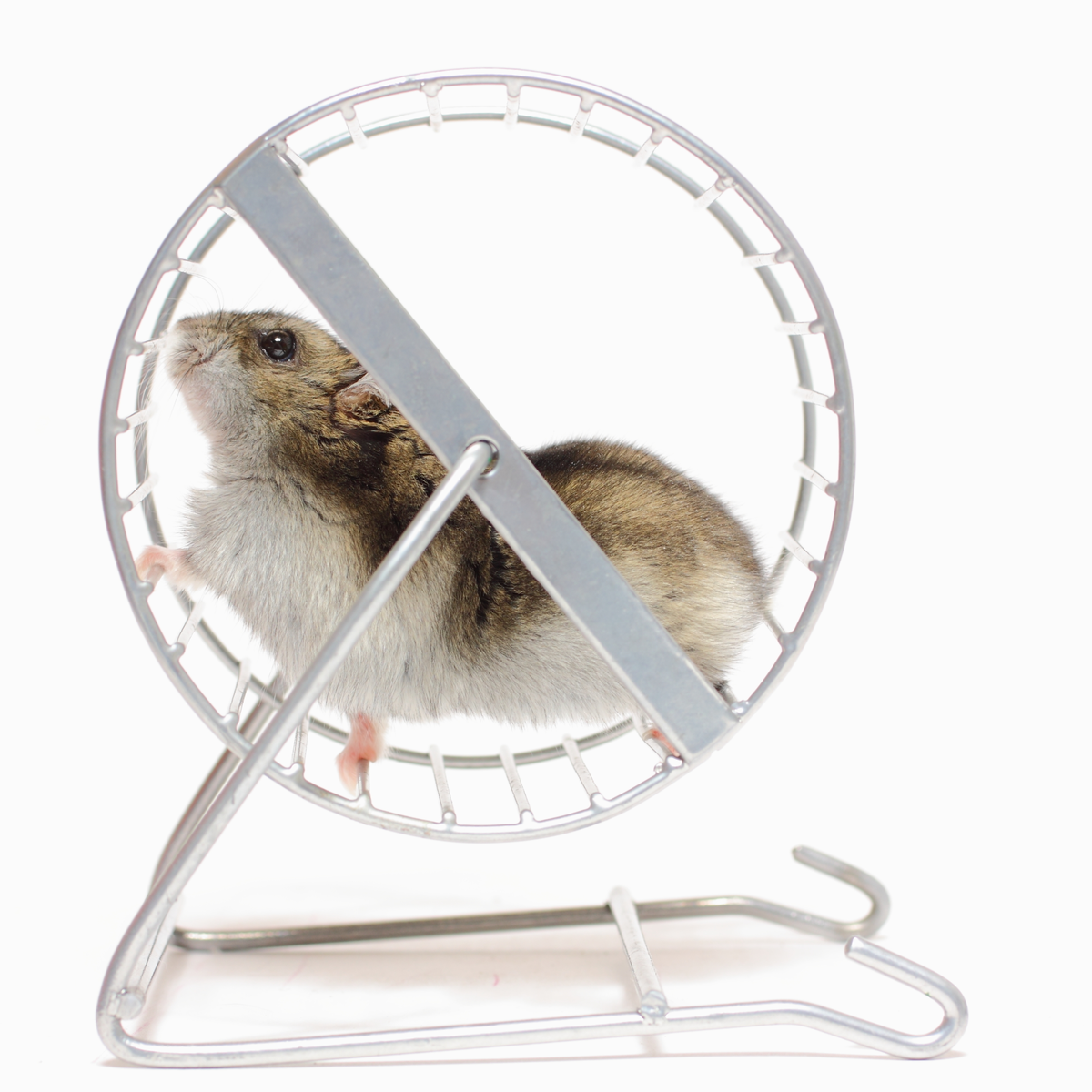 At dinner the other night, my Friend Mike was showing us some good ole YouTube videos of hamsters wiping out on hamster wheels. The funny thing about hamsters is that no one really trains them on how to use these contraptions. If there's another hamster there to demonstrate, they pick it up even faster! The hamster gets the sensation that it's really going places when it's obvious to the observer that it isn't going anywhere. But he doesn't care! He's certain of his progress no matter what the critics say!

Man-made religion is a lot like a hamster wheel. They are fascinating to humans, especially if there are others to demonstrate how happy they are when they jump in and get busy. In LDS President Nelson's speech today, he encouraged his flock to get busy in the temple to ensure their protection from the enemy, to gain strength to be righteous and to gain confidence for a better future.

In Matthew Chapter 9, the disciples of John the Baptist asked Jesus' disciples why they didn't ritually fast like they (and the Pharisees) did so often. Jesus responded (and I summarize) that that sort of religiosity was as useful as an unshrunk patch in an old garment and new wine in an old wine skin. In either case, that form of worship did more harm than good. At least the hamster gets exercise.

Jesus assured them that his disciples would fast (mourn) when they had real occasion to. When he was taken, they would respond accordingly. But fasting when he was there was not only unfitting, it was inappropriate. If they had a proper relationship with him, they would have no need to fall in line with the elite hamsters. Their actions would be a genuine reflection to a real relationship with him, not submission to the religious leadership.

Are you in a hamster wheel? Think about it. How much of what you "do" do you really understand? No matter how much you exert yourself, why are you still as messed up as ever? Why does there always seem to be a pattern of sin, just after these lofty religious activities? Could it be that no matter how hard you try, you're really not going anywhere?

If what you're reading is making sense, your concern will be met with certain advise from the other hamsters. You'll be told to run with more intent. Do a little more and the feelings will follow. That works time and again, but an honest look at the tracks behind you will say otherwise.

Consider what Jesus told the woman at the well in John 4:23. "You worship what you do not know; but we worship what we know, for salvation is from the Jews. But the hour is coming and now is here, when the true worshippers will worship the Father in Spirit and in truth, for the Father is seeking such people to worship Him.

The door to your cage is wide open and Jesus waits on the other side. You don't have to take my word for it. Take His. Read the gospel of John for yourself and consider what Jesus accepts as proper worship. You weren't made to run on a wheel. You were made to worship Christ in truth. Come join us at Six at the Falls event Center. No wheels, I promise.