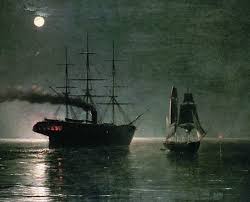 Evangelism to a culture that has already subscribed to a set of beliefs can be quite the task. As a Gospel-bearer, there are times you may feel like you’re spending more times in the weeds arguing about minute points of doctrine than actually getting anywhere. Eventually you’re tired, they’re tired and you’ve honestly gotten nowhere in your dialogue.

The format that we’re using is less like tossing a football to them and more like two children pulling as hard as they can on either end hoping the other person finally let’s go so they can hold it for a while. I know this by experience. But recently, I have found a better format to share the Gospel in the demographic that I live in and I would like to share it with you. It has been of great value to me and I hope you find that it works and allows you to be heard.

The most popular format is to argue over the microphone. Both sides want to talk, but neither side wants to listen. Even when we’re listening, we’re not actually listening. Rather, we’re trying to find holes in their argument so we can respond with how bad their theology is or how little they know the Bible. While we’re responding, they aren’t listening; they’re trying to do the same.

Say you think you might want to buy a new car, but your car is in decent shape so you’re unsure.

Which dealership are you more likely to buy a car from?

Often we are so concerned about pointing out the flaws in someone’s theology that by the time they take offense and rebuttal only forcing you to continue proving your point, you haven’t had a chance to bring them good theology because by then they aren’t willing to listen. They don’t want a test drive because they just don’t like you.

I’ve had to learn this the hard way. Now before I start the discussion with someone with a preconditioned set of beliefs, I have now made it a practice to set the rules of engagement.

First, I make it clear that I am listening. I do that with this statement:

“I want you to know that I am convincible. I don’t know it all, and I’m sure there are things I need to learn. The two things you can use to convince me are scripture and reason.”

I ask them if they are the same way. This actually takes their walls down. They can see that I am reasonable and that makes them want to be reasonable too.

Second, I give them a short lesson in world-view with an analogy. It goes something like this:

“A world-view is how someone interprets the world around them. A world-view is made up of certain beliefs and those beliefs are what cause people to interpret a situation or something they read in like kind.”

“I want us to think of ourselves as sailors aboard two ships in the sea. Our ships represent our world-view and the planks, sails, keel and so on are our beliefs. Our world-view is taking us somewhere and what’s most important is that we arrive at the place we are destined to go.” Of course if there is another ship that is going somewhere better and is made of better material we would want to know. It might be a good idea to step off our ship onto theirs.”

Now I give the application:

Now that the form of the discussion is understood you can ask questions like this:

“In your world-view, what is a human?”

“In your world-view what is God?”

“In your world-view what does it mean to be a good person?” etc.

By doing this, the person you’re talking to can feel free to expound on his or her beliefs without feeling like they’re defending themselves, but rather boasting about what they know.

Believe it or not, this actually allows them to examine truth without the cloud contention. It, in a way, separates their pride from their mental faculties and allows them to think about what you’re saying. In my experience, it causes them to ask more questions for clarity rather than for argument.

One thing that’s tempting when they are giving their world-view is to instantly criticize it. What’s more effective than your criticism is their own criticism.

When you take a new car for a test drive, you don’t need the salesman to remind you about how much colder the AC is or how smooth the suspension is. If you’re a reasonable person, you are already doing those calculations yourself.

If you’re simply introducing someone to truth, the Spirit of God will do the convicting.

The reason this format works is that it takes down their defenses, it gives them time to think about what you’re saying because they know you’ve listened to them, it allows them to calculate the value of their own beliefs against yours ON THEIR OWN, and it allows you to control the conversation.

Give this some thought and adapt it to you. We want to remove hurdles and make the Gospel clear.