Category: Knowledge, Who is God 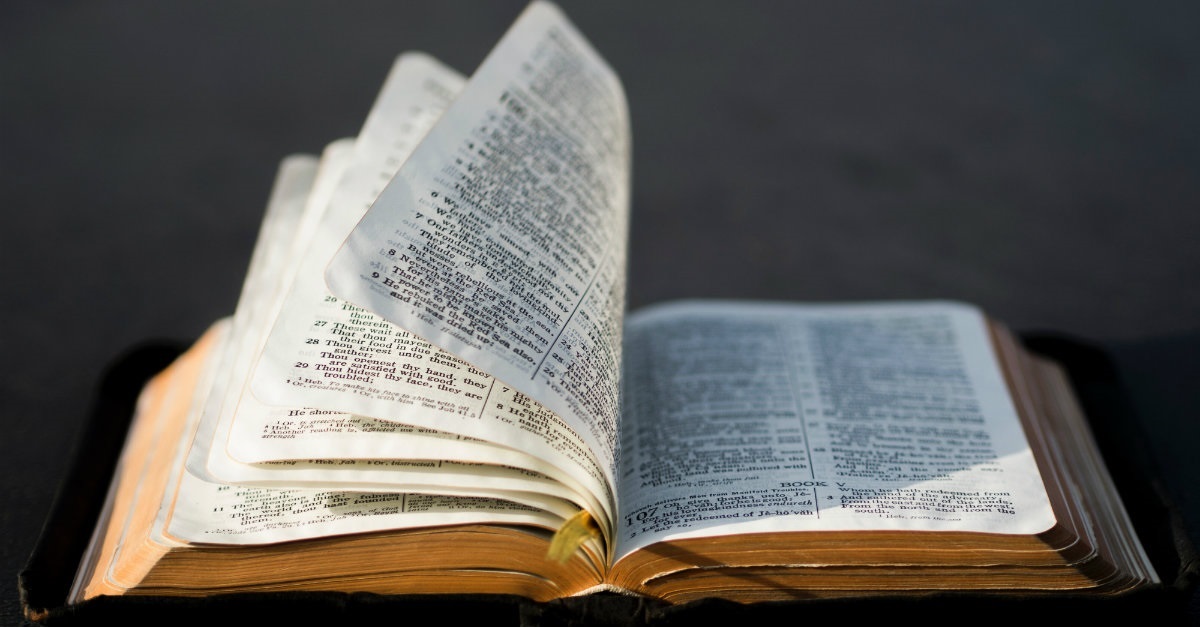 It’s easy to be skeptical of so many religions. They all claim to be true, but they can’t all be true. In fact, it seems like it’s more likely that none of them are true rather than any one of them being so. That notion, if we’re honest, is a very convenient one for anyone who would rather do their own thing.

Maybe you’re the kind of person who doesn’t like living in limbo.

If you’re like me, you want to know why the Bible matters in a real way, not a mystical way.

When you’re not sure if a chair is structurally sound, you don’t sit in it to see if it is. You press on it. You might shake it a little. Even when you sit down on the chair, you’re going to ease on to it with caution.  How do we press on the Bible? How do shake it up? How do we ease in?

Pressing on the Bible is basically the concept of putting a little trust in it; just enough to see if it holds up to the minimal load. If it fails to hold up, you may feel it fall, but you won’t end up on the floor. How about this one: Practically speaking, is the Bible historically relevant? I’m glad you asked! The Smithsonian uses the Bible as a reference for archaeological digs. Here is a statement by the Smithsonian organization on this subject that I googled:

“…much of the Bible, in particular the historical books of the old testament, are as accurate historical documents as any that we have from antiquity and are in fact more accurate than many of the Egyptian, Mesopotamian, or Greek histories. These Biblical records can be and are used as are other ancient documents in archeological work. For the most part, historical events described took place and the peoples cited really existed.”

Shaking the Bible up is the concept of introducing alternative pressures upon it to see if it can hold up to this type of scrutiny. Practically speaking, what do the critics say about the Bible and are their objections warranted? Now, there are a lot of objections to the Bible, and it has been textually criticized for thousands of years but let’s look to an event called “The Jesus Seminars” as an example. In 1985, 30 highly trained scholars from various backgrounds and specialties, came together to determine which sayings and deeds of Jesus as recorded in the Bible, were likely to be authentic. At the end, they voted using colored beads dropped into a box. The number of experts grew from 30 to 200 in short time and the results were in.  Among the findings is that, in the judgment of the Jesus Seminar Fellows, about 18 percent of the sayings and 16 percent of the deeds attributed to Jesus in the gospels are authentic. (according to the westarinstitute.org website). Although that sounds pretty dire, an examination of their methods for their conclusions will leave you wondering how they managed to survive a room with that much hot air. THeir conclusions, although riddled with scholarly language, lack actual manuscript or archeological evidence for their findings. We're just supposed to believe them because they're smart.

Now that's just one example, and there are plenty. If you're an honest skeptic, you'll eventually see how stable this ancient document is to modern scrutiny.

Easing in to the Bible is a bit more daring, but keep in mind that if you’ve tested it with some reasonable force and considered what the sceptics say you’ll feel more comfortable with its integrity. My suggestion is to start with whatever Book you want. Keep in mind, you might want to get the historical placement of the book you’re reading so that it makes a little more sense as you read it. Some of these books are hundreds of years apart with things going on that the author expects you to already know. There is a pretty great resource on Youtube I like called “The Bible Project”. Here’s a link: https://www.youtube.com/results?search_query=the+bible+project

I hope this helps you get your journey started. Don't take my word for it. Test it out for yourself.