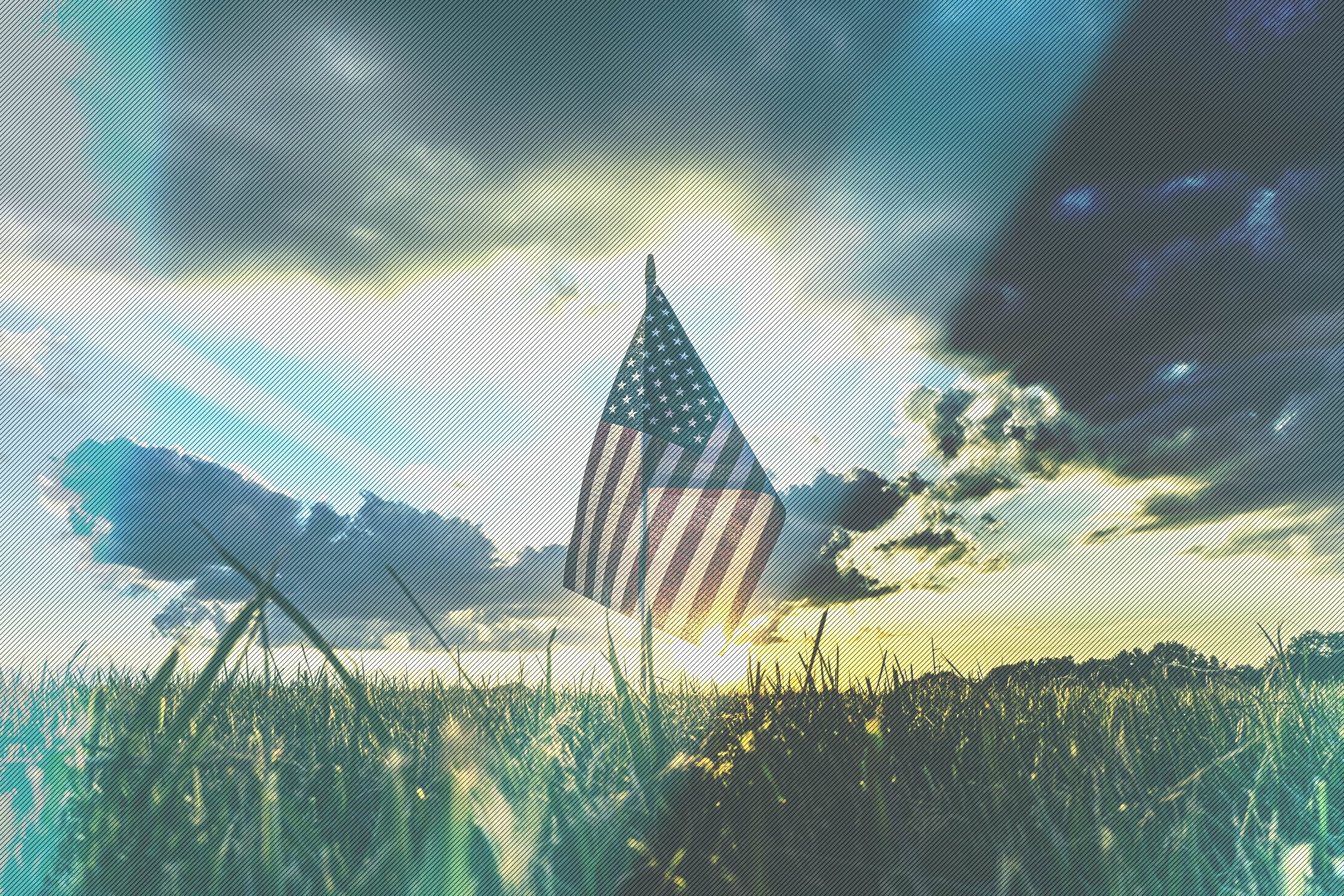 If you watch a lot of the mainstream media, it doesn’t seem like there is a lot of optimism out there. Either Joe Biden is going to usher in Communism demanding we hand over our inalienable rights and destroy our economy in exchange for saving the environment, or Donald Trump is going to kill us all with racism, plague and environmental implosion. But with all the mud being slung it’s easy to get discouraged and Christians can sometimes get caught up in all of the fear and anger.

It could be that the first paragraph of this blog has already increased your heart rate and you feel you may not have the energy to read any more political advice, even if you agree with it. But I actually want to take the time to remind you that even though the American spirit seems more dismal than ever before, there are two things we should remind ourselves of. It’s been worse, and it can get better.

If you thought the first debate we watched was outrageous, the idea that American politics were once as pure as the driven snow is a myth. Negative campaigning came as early as 1800 when Jefferson and Adams ran for President. Adams was labeled a fool, a hypocrite, a criminal, and a tyrant, while Jefferson was labeled a weakling, an atheist, a libertine, and a coward. Even Martha Washington called Jefferson "one of the most detestable of mankind."

In 1856, Republican abolitionist Charles Sumner was nearly beaten to death on the senate floor for giving a speech that offended Preston Brookes, who was a pro slavery democrat. How’s that for reasonable discourse? By 1861, our Nation was engaged in a 4 year civil war that took the lives of 618,222 men. The population in the US was at 3.5 million at the time. Using the same ratio today that would equate to a death toll of 52 million.

So when we’re watching the news and we’re tempted to think that this political environment is the worst it has ever been. Remember, it’s been worse. It was worse, and it still got better. That means that no matter how dark American politics get or how hateful people can be toward their own countrymen, God’s grace can still be shed on this tattered Nation.

We have this tendency to believe that if things are bad they are only going to get worse. Although it’s true that sometimes things do get worse before they get better, it doesn’t mean that things have to get “the worst” before they get better. We had a civil war, but our Nation didn’t entirely implode before the war finally ended and we could heal. We had two world wars, but the evil empires in the East and the West didn’t have to defeat all of Europe and Asia before things got better.

People talk about hitting rock bottom before realizing they needed a savior, but rock bottom is the in the pit of hell. This Nation’s “rock bottom” isn’t civil unrest, it is complete annihilation. Well we’re not there yet and with God’s grace we will never get there. So what can Christian do to improve our nation? We need to be people of prayer, people who preach, people of peace, and people who vote on principle. This is what we can do so that God may do what he will do.

As believers, righteous prayer accomplishes much (James 5:16) and righteous prayer is the prayers made with righteous intentions (James 4:2-3). When praying for the unity of our nation, remember that you aren’t asking God to heal our Nation for personal reasons. You’re asking for unity to his glory. If you do that you’ll find yourself praying for God to save people spiritually so that our Nation experiences peace with God to have peace with one another. As a result, God will get the credit! We have a great God and we should be praying for ways for God to show his greatness, not because we like guns or hate socialism, but because God is great and that’s all that matters.

There are a lot of people preaching today. They preach on social media, main stream media, in schools and on the streets. Preaching matters, and Paul says in Romans that people aren’t going to believe the Gospel until they hear Gospel preaching (Romans 10:14-15). So if we’re all prayed up for God to save people, they still need to hear the Gospel. So preach. Tell people the good news of the peace of the cross that saves sinners from hell to a right relationship with our God.

What’s essential to those who bring the gospel from their lips, is that they live the gospel in their lives. We, who believe the gospel, have a common feature. We bless those who hurt us, we are sympathetic, symbiotic, humble, we don’t “get even” with our enemies, we define our relationships with honor and peace. This is because vengeance belongs to God alone. This means that we choose to overcome evil with good (Romans 12:14-21). Jesus said that when the world sees our nature, they will glorify our Father in heaven (Matthew 5:16).

The last feature of improving our nation is for Christians to vote on our principles. It seems like this election comes down to voting for either voting for Augustus or Nero. Neither Roman Emperor was Christian and as far as I can tell, neither is Trump or Biden. But we can still decide which President aligns with our principles of the sanctity of life and the sanctity of our faith and make the decision to vote for the president that we prefer over the other. Voting is a gift from God and Christians should utilize it.

Our nation doesn’t have to get worse. God may still shed his grace upon our land and heal us in response to our repentance. This would be an act of God. But we can’t forget that the vessel that God uses to pour out his grace is the Church that Jesus built (Philippians 2:13, Matthew 16:18). If it is God’s will that our Nation is redeemed, it will be realized by the obedient response of his Church to his will. So be faithful. Pray, preach, live in peace and vote on principle. If you do that, you can exchange your anxiety for a heart that lives in Christ’s Kingdom, not man’s.