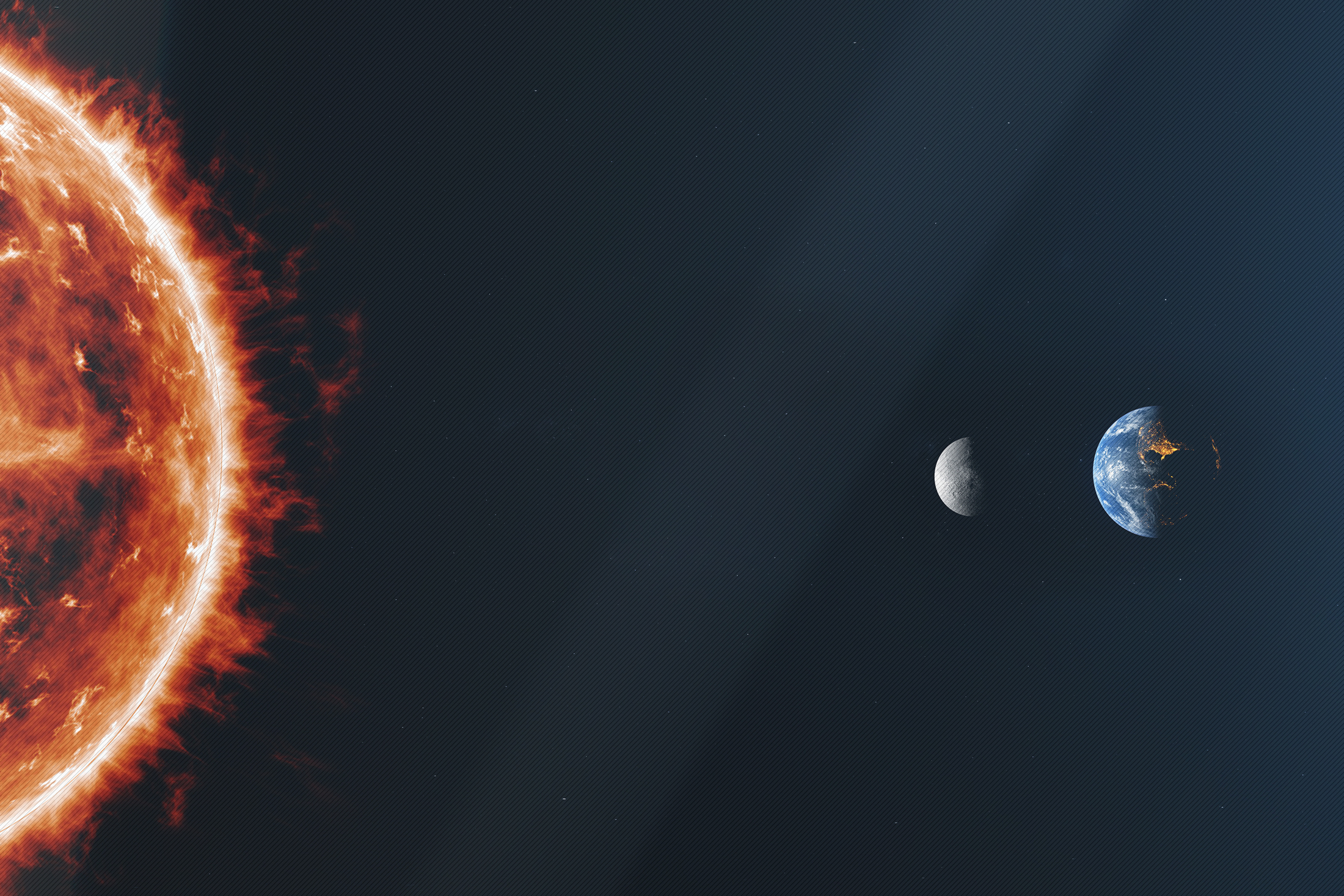 Hey did you know that for most of human history, people actually thought that the sun, stars, and planets all orbited around the earth?

Crazy right? Quite literally mankind thought that they were the center of the universe.

That was of course until around 400 years ago when an astronomer named Nicolaus Copernicus came along and proved everyone wrong — beginning what is known as the “Copernican Revolution” (1610, appropriately named for the radical paradigm shift it brought to how mankind understood their place in the cosmos).

Not only did Copernicus prove that it was in fact the earth that revolved around the sun, but also that this orbital relationship was the only viable option!

See, the sun is over a million times bigger than the earth, and if somehow the roles were suddenly reversed… well… our puny little earth would not have the gravitational strength to do what the sun does. To put it bluntly, the entire solar system would collapse and all life on earth would be destroyed.

In other words, utter turmoil and chaos vs. perfect orbital harmony around the sun that holds all things together, and is the very source of all life and sustenance on earth (Col 1:16-17, Heb 1:2-3).

It is by God’s very good design that we are not the center!

There’s an analogy here. Do you see it? Just change the spelling from SUN to SON. See, Jesus should not be just another planet merely orbiting your life. Jesus should be the center of your life! The very orbital focus of your soul. This is the way God designed it to be.

Conversely, a life lived contrary to God’s design — with Christ orbiting your life, instead of your life orbiting Christ — will inevitably produce trouble and turmoil. Which orbital model best describes your relationship with Him?

For the Christian, J.D. Greear coins the orbital shift from self-centered to Christ-centered as the “Copernican Revolution of the soul”. It can be seen on full display in the life of the disciples. See, at first the disciples had a relationship with Christ, but it was a “Jesus revolves around me” kind of relationship. They thought that Jesus had come to make their lives on earth better — to conquer their Roman oppressors and restore a physical kingdom to Israel. They were preoccupied with who would sit at Jesus’ right and left in the throne room (Matt 20:20-23), and were arguing amongst themselves as to who would be the greatest (Luke 22:24) in this coming kingdom that they thought Jesus was about to deliver to them and their people (Luke 24:21, Mark 11:10).

Their orbital relationship with Christ was inverted, placing them at the center. And what was the result of this inverted relationship? Trouble and turmoil.

Watch their faith collapse on the night of Christ’s betrayal:

Sure Christ was a big part of their life… but to them he was not yet “life” itself.

And get this... even after Christ was raised they still didn’t fully get it! In Acts 1, after Christ had risen and returned to his disciples, in the middle of his commencement speech to them to go and give their lives to His great commission… they come together and ask Jesus, “Lord, will you at this time restore the kingdom to Israel?” (Acts 1:6)

I mean… Come on guys! Really?

But... we know it didn’t stay like that for long don’t we? (Praise the Lord!) In the very next chapter of Acts the Holy Spirit comes and enters into the disciples, radically inverting their hearts as only the Spirit can do! And from this moment everything changed — as the disciples give the rest of their lives to boldly proclaim the gospel of Christ to the Jews, and to the Samaritans, and to the Gentiles (ultimately leading to the salvation of you and I!). (Acts 4:29, Acts 1:8).

Their lives now no longer revolved around themselves, but around Jesus Christ and His mission… and the entire world was changed because of it. That’s the power of letting go of your life and giving it all to Him... ...the power of Christ being your life instead of being just a part of it.

So, loved one, what about you? Have you had your Copernican Revolution yet?