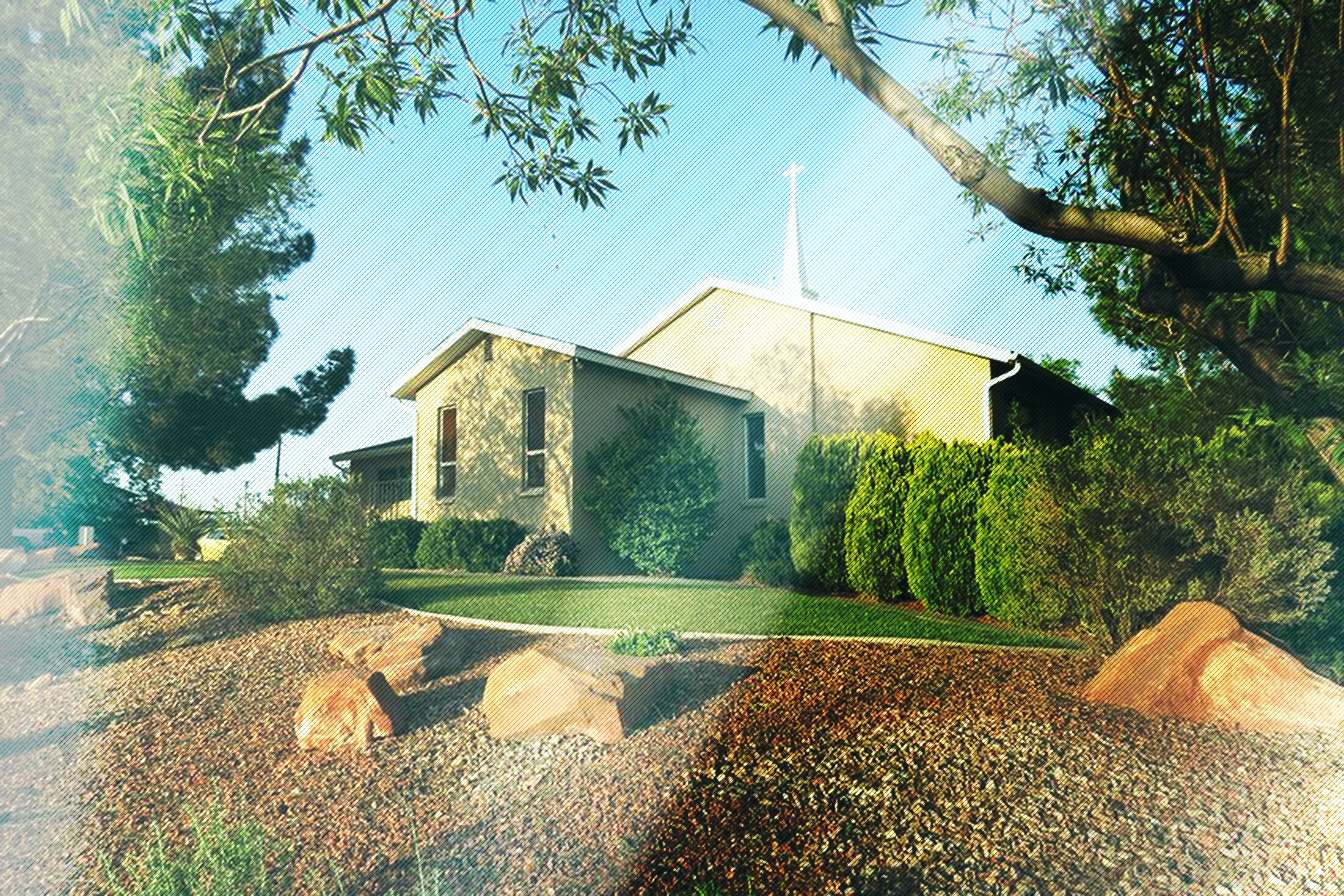 “I will build my church and the gates of hell will not prevail against it” (Matthew 16:18)

In January, the oldest protestant church in St. George Utah, established in 1952, faced a daunting task. St. George Community Church’s pastor moved away. It was time for them to seek out another man of God to shepherd their congregation. With the majority of the congregation being made up of seniors and their congregation dwindling, who would be able to usher in a new generation of believers to take up the gauntlet? They formed a Pastoral search committee and began to pray. All they desired was to be a Church that was a beacon for the Gospel.

In January, one of the youngest churches in St. George Utah, established in 2017, faced a daunting task. With real estate prices soaring, and the Church beginning to outgrow the space, Red Mesa Fellowship was full of youth and the Gospel was taking deep root in her ministry, but how would they be able to afford a space of their own? They gathered their members together and began to pray. All they desired was to see the glory of God.

Keith was a student going to the University of Wyoming when God got a hold of his heart. After realizing his sin condition and his need for a Savior, he placed his trust in the Gospel of Jesus Christ and was baptized in a Church called Laramie Valley Chapel in Laramie, Wyoming. Before long he began to be discipled. He met regularly with Sam and their hearts were soon knit. After a couple years he took a job in Riverton where he met the woman he would marry. God’s call to the ministry eventually led Keith to Fort Collins Colorado to be a youth pastor at a Church there. One day, the pastor asked him to preach and in his sermon he mentioned the Church Sam went on to plant with a team of other Pastors in St. George Utah.

Paulina had a friend that stuck closer than a Sister. To this day they set time in their Week a part to pray for each other. It was during one of these visits that her friend mentioned a young Pastor that preached in her church and mentioned a church that was planted in her town. Paulina’s husband Larry is a Gideon and being faithful to his calling, he and his bride investigated this young church. It left an impression on them that would be the first connection these two churches would have.

Two days after Red Mesa Fellowship prayed that the Lord would provide, two years after Larry heard his first sermon at Red Mesa Fellowship, Larry emailed Sam. “We need a Pastor and your team is exactly what we need”. Could this be happening? Upon invitation, the Elders of Red Mesa Fellowship met with the Pastoral search committee of St. George Community Church and everyone could see something that seemed too wonderful to be true. This seemed to be God’s answer to the problems both congregations faced.

They met for a service in February and for the first time in years, the building was brimming with both young and old singing loud praises to Jesus! Before long, the courtship began under the direction of the ministry of Rick Seltzer with the Southwest Church Connection. After 4 Sundays together, St. George Community Church would vote and respond to the proposal of Red Mesa Fellowship to carry on the legacy of the Gospel of that Church by electing Sam as their Pastor and unifying with Red Mesa Fellowship.

On Sunday June 14, St. George Community Church humbly and gracefully accepted the proposal! As the details are ironed out, the Church is already growing faster than ever before! How did this happen? It happened by the prayer of faith! Didn’t our Lord Jesus promise this?

God gave two churches more than they could have ever asked or imagined. “But as it is written, ‘What no eye has seen, nor ear heard, nor the heart of man imagined, what God has prepared for those who love him.” (1 Corinthians 2:9). Now this Church would be a beacon for the Gospel encouraged by the glory of God.

“To him be the glory in the church and in Christ Jesus throughout all generations, forever and ever. Amen.” (Ephesians 3:21).