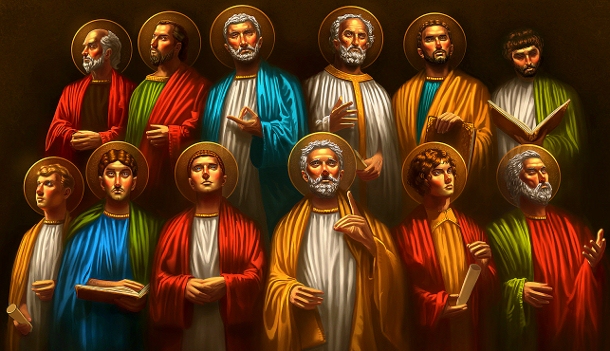 Should the Apostles that Jesus selected, who administered the gift of the Holy Spirit through the laying on of hands and proclaimed the Lord Jesus throughout the earth, have been replaced? Did something get lost when the Church failed to assign new Apostles whenever one of the original 12 died?

There is an assertion out there, that God never intended the office of Apostle in the Church to ever be vacated. There are some who believe that the very fact that the Apostles were not replaced is evidence of the early Church’s demise. But where does the idea that the Apostles should have been replaced come from? Does the New Testament ever assert this?

I’m glad you asked! Let’s examine the only part of the Bible that clearly commands that the office of an Apostle be given to another person after his death:

In Acts 1:20 Peter says “let another take his office”

Case closed! If we take that verse out of context, we certainly have a strong case for Apostolic Succession, that is, the passing of all apostolic authority and rights from one man to another. Alas, this is a strong example the importance of understanding verses in context.

The office that was to be replaced in this instance was that of Judas Iscariot. He’s the Apostle who betrayed Jesus by leading the soldiers to him for the sum of 30 pieces of silver. Peter actually explains prior to this verse that scripture was fulfilled when Judas’ field became desolate (he hung himself there) but there was more scripture to be fulfilled.  When Peter says “let another take his office” he isn’t establishing church policy, he’s quoting Psalm 109:8.

Let me explain. Judas’ prophetic judgement (from the Psalms) came in two parts according to Peter. First, was his public shame (Psalm 69:25), second was his ecclesial shame (Psalm 109:8). Judas being replaced was not policy. It was a prophetic fulfillment of his judgement for being what Jesus called the “son of perdition” who was “doomed to destruction (John 17:12). Judas was not replaced because he died. Judas was replaced because his title of Apostle was stripped from him.

This is why we don’t see another take the office of James after he is killed with the sword in Acts 12. So then, according to Acts 1 and Psalm 109, the only time an Apostle was replaced was after his death was when that man was Judas.

By now, I hope you’re getting the feeling that replacing an Apostle is not a good thing. On the other hand, according to scripture, adding Apostles is okay so long as it is Jesus who adds them (Enter Saul of Tarsus in Acts 9). Allow me to emphasize that last part: In the Bible, Jesus personally and directly selects every one of his Apostles.

The Church has 13 Apostles, their names are 1Peter, 2James, 3John, 4Matthew, 5Andrew, 6Philip, 7Bartholomew, 8Thomas, 9James (Son of Alphaeus), 10Simon, 11Thaddeus, 12Matthias and 13Saul. They currently live with Jesus, but their teaching remains preserved for the Church to continue teaching today.

As to whether the Church needs more Apostles; well, I suppose Jesus will select them if he wants them. Until then, there seems to be no Biblical reason for that role to be filled in the Church, and there is zero Biblical evidence of any such authority being passed from one Apostle to another… that is, except for Judas.

Oh, and if there is a slim chance that you are one of those poor, misguided, and highly delusional individuals who believe themselves to be fulfilling the office of one of these 13 men, I hope for your sake that this is the day you repent of that foolish notion. “It is a fearful thing to fall into the hands of the living God” (Heb. 10:31)

If you know anyone like that, feel free to send them a link to this blog.